Everyone else is doing it, so why can’t we?  Rock U. is proud to bring you Episode 1 of Extra Credit: The Rock U. Podcast, premiering today, Thanksgiving, Thursday 25 November.  Just one of the ways we want to say THANKS to all of you for being part of our Rock U. community!

In every episode of Extra Credit, your hosts Seth Hinkley and Matt Black will discuss different aspects of rock music and the Rock U. experience.  In Episode 1, “All Killer, No Filler”, Seth and Matt list their Top 5 albums that don’t have a single song you’ll want to skip, Seth tells us why John Fogerty played his guitar on the witness stand in a court case, and the guys go head to head with a Beatles vs. Stones debate in our One Minute Matchup.  Episode 2 is coming in a few weeks, when we’ll list our favorite and most notable cover songs, explain why Taylor Swift is re-recording her own albums, and throw down on the Les Paul vs. Strat debate.  In future episodes we’ll bring you in-depth discussions of our favorite topics in rock’n’roll, plenty of special guests, and some insider scoops.

So check out Extra Credit: The Rock U. Podcast, available now on Apple, Spotify, Stitcher, and SoundCloud.  Our theme music was written and produced by former Rock U. teacher Tom Walters, aka Kitsch Kub.

Extra Credit: The Rock U. Podcast is sponsored and supported by our partners at Big Pebble Records.  Big Pebble Records is your one-stop anglophone resource for music creation in Paris.  Check out Big Pebble’s first EP release, Posture, by former Rock U. rocker Person M! 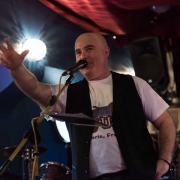 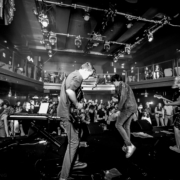 Rock Your Summer with Rock U.!

How we are responding to COVID-19 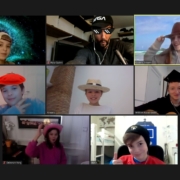 Rock U. will reopen for youth bands on 15 December!

Happy Holidays from the Rock U. Crew!
Scroll to top